Frankie Scinta gets comfortable at the South Point Showroom

Frankie Scinta has a new home at the Showroom at South Point. 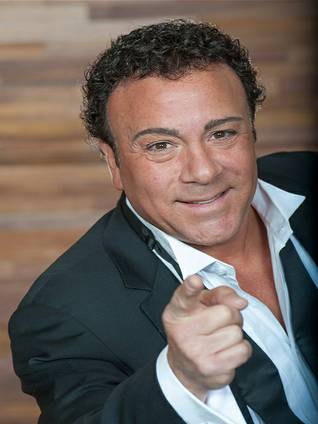 The Scintas arrived in Las Vegas almost 20 years ago and have been dazzling audiences ever since at lounges, theaters and showrooms all over the valley. From the Hilton to the Rio to the Sahara to the Plaza, the musical family from Buffalo, New York made a sizable impact on the local entertainment scene while making Las Vegas their second home.

“When we first got here there were lounges and entertainers in those lounges, and now there are no lounges, maybe only three that have live music,” says Frankie Scinta. “There was a marriage between the casino and the entertainer and it was a win-win. That has changed, but I think it will turn around. Vegas is always about the cycle. And I’m very proud of what we’ve done over the years, which is to draw a diverse audience, from age 30 to 70. And I’m blessed to still have a place to do it.”

He has something similar to that old-school Vegas marriage at his new venue. As of earlier this month, Scinta is performing select dates at the Showroom at the South Point on weekend afternoons, bringing his classic act of music, comedy and more to the south-of-the-Strip resort. Of course, this new Scinta show is very different from previous versions.

Joey Scinta passed away on November 17, 2017, after battling congestive heart failure. He was 69. With sister Chrissie retiring from her singing duties in 2013, Frankie is left as the last Scinta still performing, although longtime drummer and honorary brother Pete O’Donnell remains an essential part of the show at the South Point.

“Pete used to fit between my brother and me in terms of the comedy in the show and as Joey wasn’t doing as well in the past couple years, Pete became more and more involved in bringing that comedy,” Frankie says. “Thank God he’s there, because it’s like I’m the yin and he’s the yang, he’s right there, quick as lightning. And the band is amazing. Where else do you go in Las Vegas these days and hear a real horn section and those classic, iconic songs? It’s beautiful to have that kind of band behind you.”

That sizzling seven-piece band is also bolstered by veteran Vegas vocalist Janien Valentine, who has performed with the Scintas for approximately seven years.

It hasn’t been an easy transition for Scinta, but he has reluctantly accepted his new role as a solo star onstage. “I’ve been blessed for 18 years to have a stage and an opportunity with my brother and sister to build something and because of what has happened in life, that stage has been handed to me and I wasn’t okay with it at first,” he says. “But I’m okay with it now. I’m good with it. I’m ready for anything that comes my way. I’ve still got a lot of fight left. I always said, I may never make it big but for 90 minutes, nobody can do what me and my band can do, and I believe that still holds true.”

“Frankie Scinta: The Showman” returns to the Showroom at South Point at 3 p.m. October 20 and 21 and more information can be found at southpointcasino.com.